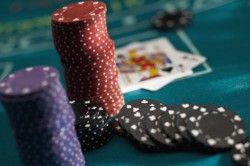 The OLG casino strategy requests interested communities to review the proposals, and submit an official vote to endorse or reject the investment.  Several Ontario communities have held public consultation meetings in order for citizens to express their feelings about the casino on the record.  However, questions should also be asked of the OLG regarding casino hosting fees, and how much money Ontarians can expect for hosting a gambling venue in their communities.

Ottawa is one Ontario community that has endorsed the casino proposal, and has given the OLG license to find potential operators who are interested in making the investment.  Toronto, Hamilton, and other communities are still reviewing the gaming strategy – and have legitimate questions for the OLG that require answers.

One of the questions concerns casino hosting fees, and how much money Ontario communities can expect for their land.  Toronto for example, has been told the hosting fee would initially be anywhere from $30 million upwards of $168 million, but the OLG later narrowed the gap down to between $50 million and $100 million.  Attempts to further clarify the figure have proven difficult for city councilors and the public at large, as OLG chairman Paul Godfrey has remained particularly vague when asked to give a specific number.

“Negotiations are a two-way street.  There are things that we can do, but it depends upon the other side.”

The vagueness has some Toronto councilors wondering if the hosting fees are guaranteed at all, which councilor Shelley Carroll says the lack of transparency could influence how she casts her vote on the casino proposal.

“I’m going to need to know the amount of money, because if it’s a paltry sum, we can say no.”

Godfrey insists if councilors do approve the casino, the city will receive significant revenues for the venture – but refuses to clarify how much that figure might be.