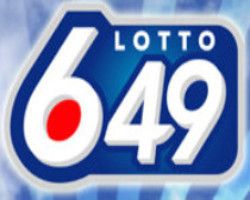 , the organization remains firm in its handling of the crisis.  At the same time, Ontario gamblers continue to bet on the lottery, with the other big chain, Lotto OLG 649 paying out from its $5 million draw on January 11.

The Saturday night draw matched numbers on two tickets to split the $5 million reward.  One of those tickets was confirmed to be sold in Toronto, while numbers were also matched on a ticket sold in Kitchener.

But many other Ontarians will benefit from the Lotto OLG 649 latest payout.  The second place prize was valued at approximately $240,000, which like the jackpot was also split between two players.  One ticket, as with the main prize, was sold in the GTA, while the OLG says the remaining ticket is believed to be somewhere in the Chatham region near the US border.

The OLG also confirmed that three Lotto OLG 649 Encore prizes were won in the draw, which are each valued at $100,000.  Players in Woodstock, Brampton, and St. Catherines should check the numbers on their tickets to match the Encore prize as the OLG says $100,000 will go to one player in each of those three communities.

Another $5 million jackpot prize is up for the draw on Wednesday January 15, which will also include a guaranteed $1 million prize draw.  Tickets can be purchased until 9pm on the night of the draw – be sure to lock in your bets for a chance at a life-changing prize.