The Odds on the New Royal’s Name 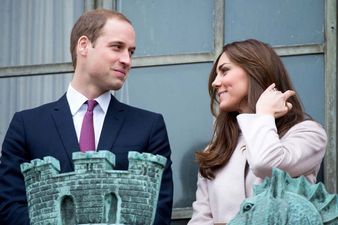 The marriage of Prince William and his bride Kate Middleton was one of the most eagerly anticipated events of 2011, and now the announcement that the Duke and Duchess of Cambridge are expecting a new Prince or Princess is quickly becoming one of the hot topics of 2012.  The couple has reignited international interest in the Royal Family, proving very popular candidates to the throne around the entire world.  Their reigning popularity made their news a popular discussion on social media and also a popular line for sports bettors.  Bookmakers are already offering odds on whether the baby will be a prince or princess, the colour of the baby’s hair, and especially what might be his or her name.

Throughout the history of the British throne, the royal family has named their new heirs using traditional names such as James and George for a boy, or Mary and Elizabeth for a girl.  However, bookmakers have a special bet in place if gamers bet on a girl, as it is expected a baby girl will be named Diana in honour of William’s deceased and popular mother, the former Princess of Wales.  Conversely for a boy, the odds are in favour that the baby would be named after William’s father, Charles or his younger brother, Harry.  Bets are also being taken on if the baby will take after Kate’s family with a more American name instead of sticking with the royal tradition.

On the other hand, the royals may forego the tradition of naming the baby after a family member and instead use a name that pays homage to one of the many homes the couple has strong connections to.  William is closely associated with Wales and is still publicly known as the Prince of Wales, which gamers believe could mean the baby may have a Welsh name.  Odds are also in favour that the couple may use a Scottish name as homage to where they first met at the University of St. Andrews in Scotland.

The gaming community must also remember that any name the Duke and Duchess choose for their new baby must befit a King or a Queen, and smart gamblers should know not to place bets on outrageous ideas for a name.  Regardless of which name is eventually chosen, the next nine months will be an exciting time for the gambling community, and especially the royal family.