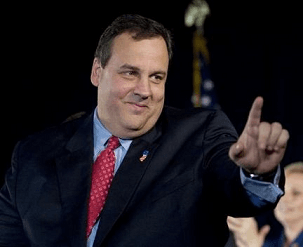 Gamers in New Jersey are eagerly waiting for the consent of Governor Chris Christie to sign into law the bill that legalizes online gambling for players in the state.  The bill has been approved within New Jersey’s congressional buildings, and now Christie’s signature is the final motion of support necessary for the bill to become law.  If the Governor does sign, New Jersey will join other states that have already legalized forms of online gambling.

New Jersey had a similar online gambling bill in 2011 that passed through the state legislature all the way to Christie’s desk – where the Governor vetoed the bill and it was defeated.  Christie later said that his main concern with the 2011 bill was that it would authorize any location across the state to operate online gambling servers, which he was against.  Christie says the constitution only allows gambling services online and offline, to operate within Atlantic City – a requirement that has been included in the 2012 bill.  Declining revenues for the Atlantic City casinos have also played an instrumental part in the government’s interest in online gambling, which pundits say should be enough for Christie to sign the bill into law.

If the bill is passed New Jersey will join a number of states that have already legalized forms of online gambling, but industry experts are most concerned about keeping pace with Nevada.  The desert state, home to glamorous Las Vegas, is recognized as one of the gambling capitals of the world – a title that Atlantic City challenges on the US east coast.  Nevada has already granted licensing agreements to online gambling operators, and gambling supporters in New Jersey are hopeful to arrange for similar agreements as soon as possible.  PokerStars has indicated interest in buying one of the Atlantic City casinos, in an effort to establish both online and offline gambling operations within the state.

Christie has until February 3 to sign the bill or veto it once again, but industry pundits are confidant this time it will pass.