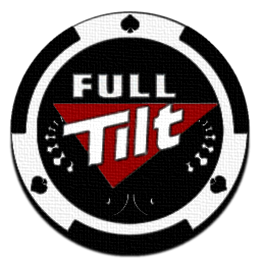 Ira Rubin is well-known for his role in processing payments for the three online gambling websites indicted on Black Friday. He is one of 11 individuals who had been arrested for the part he played in the debacle, and he is the first to receive his sentencing. This week, the American Supreme Court sentenced Rubin to three years in jail for processing online gambling transactions for PokerStars, Full Tilt Poker and Absolute Poker.

Rubin was accused to bank fraud, money laundering and working with illegal online gambling websites. He was initially facing 55 years in prison, but both the government and Rubin’s defence requested it be reduced to 18 – 24 months. However, U.S. Court Judge Lewis Kaplan, believed that sort of sentence would not discourage others from taking part in similar crimes in the future. So, his sentence was increased to 3 years.

Black Friday occurred in April 2011, when three of the world’s biggest online gambling websites were shut down in the American gambling market. The owners of PokerStars, Full Tilt Poker and Absolute Poker were brought up on charges of running illegal gambling activities, and Rubin was also indicted as he played a significant role by providing the payment processing for all three sites.

Now, Full Tilt Poker CEO Raymond Bitar awaits his sentencing. After spending the last year in Ireland and out of reach from American authorities, he has returned to the country and pleaded guilty to his crimes. He is currently facing life in jail, but Rubin’s case may provide him with some positive reassurance. If Rubin’s sentence was reduced from 55 years to 3 years, Bitar has a small chance of experiencing a similar fate.

Bitar’s sentencing will take later in the month. Until then, he remains at his home in California, after paying $2.5 million in bail. The other owners of the site have yet to come forward to face their sentencing.