How Can The OLG Turn Around Gambling Modernization Shortfalls? 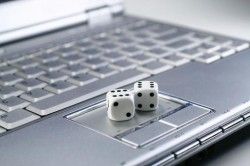 What does the OLG’s gambling modernization strategy mean for the economic strength of Ontario?  Is using gambling to fill revenue gaps in the provincial budget a measure of desperation, or an adaption to the times?

The promotion of privatized casinos in the province’s biggest cities has proven less successful than the OLG initially anticipated.  The city of Toronto, which former OLG Chairman Paul Godfrey considered the heart of the gambling modernization strategy, overwhelmingly rejected the casino proposal.  The city of Ottawa is reconsidering its first vote in favour of the gaming facility, the city of Hamilton has seemingly los interest in debating the casino, and many other Ontario communities are refusing to negotiate with the OLG.

Given the public’s outward dislike of the casino proposals, the OLG’s strategy is supposedly falling to the wayside.  The Ontario government backed away from its unwavering support for the casinos, and refuses to persuade any communities into accepting the OLG’s demands.  But the strategy could be less dire than it appears.

Gambling in Canada has become ever more popular over the years, but Canadians prefer to bet in new ways.  Traditional casinos are losing business year over year as more players accept online casinos, and gambling at their own convenience from the comfort of their own homes or using their mobile phones while out and about.

The OLG recognizes the trends, and phase two of the gambling modernization strategy involves a government regulated online casino, called PlayOLG.ca.  The goal of the government operated gambling site is to provide Ontarians with a convenient location to bet, while assuring players their personal and financial security.  A government run casino is fully regulated, and will prevent any malicious or harmful software, which can be found upon unregulated offshore gambling sites, from affecting an accountholder’s status.

The OLG hit many bumps in the road in its push towards a new gambling strategy, but it’s not over yet.  The online casino is scheduled to launch later this year, and the OLG is betting on the internet casino succeeding where the land-based expansion has not.