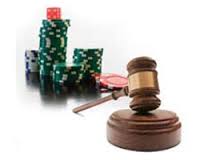 Last week, New York-based games developer High 5 Games (H5G) filed a lawsuit against Nevada-based International Game Technology (IGT) as a means to claim money owed by IGT for its unauthorized use of several H5G games. Apparently, the legal action taken by H5G is an escalation of a previous content distribution squabble, over IGT’s alleged violation of conditions contained in a previous agreement between the two gaming companies.

The legal suit filed by H5G with the US District Court in Chicago stated that the matter in contention involved the 2012 agreement that resulted from erstwhile settlement discussions, which dragged on for almost a year. The complaint explained that back then, IGT was already found in breach of the previous conditions stated in the three-year renewal contract covering the period between 2008 to 2011.

In order to settle the matter, IGT had instead offered to renew the 2008 to 2011 contract by signing another content distribution agreement with H5G in 2012. Otherwise, H5G would have imposed stringent penalties against IGT for the material breach, as stipulated under the 2008 agreement.

However, based on the complaint filed by H5G, IGT continued to violate numerous licensing conditions that include, IGT’s failure to make specific payments for transactions that stemmed from the latest terminated 2012 contract; failing to cease distribution of certain modified games regarded as unauthorized, based on licensing agreements.

The H5G complaint cited IGT’s unauthorized use of H5G-patented gambling features incorporated in 81 different slot titles such as “Ghostbusters,” “ELVIS,” “Sex and the City,” and “Star Wars — The Empire Strikes Back,” yet in the course failed to pay royalties due to H5G for such use. Furthermore, H5G contends that IGT did not abandon, assign, or cancel to High 5 Games specific trademark filings.

In view of those violations, H5G has sought intervention from the Chicago District Court in seeking payment of the unsettled amounts plus damages and in ordering IGT to cease with the unauthorized use of H5G games deployed via land-based slot machines and as features of IGT’s DoubleDown Casino social gaming business.

Actually, the fall out between H5G and IGT heightened last year before the latter made it known that the company is up for sale and prior to its announcement of the GTECH takeover acquisition in July 2014. The filing of the lawsuit comes less than a month before the finalization of the $6.4 billion merger between the Italian lottery company GTECH and IGT, and after the Nevada gaming regulators granted approval of the acquisition merger.

Only recently, GTECH had announced that after the consolidation of all GTECH and IGT resources, the merged companies will rebrand and go forward under the IGT brand. When asked about the legal complaint by High 5 Games against IGT, a GTECH spokesperson merely remarked that he was not familiar with the lawsuit.

British Columbia First Nations to Start Gambling Commission
Government Will Not Pay for Toronto Casino Referendum
Will Paypal Re-Enter the Regulated iGaming Market in the US?
Online Casinos in New Jersey Can Benefit by Expanding