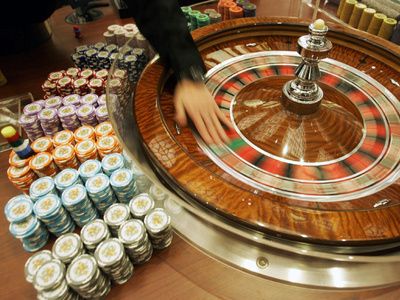 The City of Hamilton has been betting on a casino since the OLG announced its gaming modernization plans in March of last year.  The proposal has been greeted with support as well as obstructed by opposition, with groups on all sides expressing their opinions as to why their argument is the correct one.  However, pro-casino advocates believe one major obstacle has been bypassed thanks to statements from the Hamilton police service.

Deputy Chief Ken Leenderste has been researching the impact of a casino on the community, specifically investigating claims that a casino leads to increased criminal activity.  He says that when the OLG slot machines were first installed at the Flamboro Downs racetrack located just outside the city, there were no requests for additional police services to patrol the area – and believes there would be no need for additional support for a casino.

Leenderste compared Hamilton’s casino proposal and the supposed increase in criminal activity, to the casinos in Niagara Falls.  He says that Niagara added a small police force to the area with a mandate to patrol around the casinos, but believes the tourist oriented nature of Niagara warrants additional police services.  Leenderste believes a casino alone has little effect on criminal activity, and thus is confident there is little risk to Hamilton public safety if an investment is made in a gaming centre.

“From a policing point of view, we don’t have a position as far as whether we want a casino or not.  What we are saying is there will be an impact, but it’s a reasonable impact.”

Supporters of the casino consider the opinion of the police a win, and will use those statements at upcoming public debates.  The city wants to gather as much public feedback as possible before voting on whether to accept the OLG proposal or reject it, and has organized two public meetings – one on January 16 at Waterdown District High School, and the other on January 17 at Hamilton City Hall – for residents to express their opinions.  Overseeing the meetings will be a panel of gambling experts who will present the facts on both sides of the debate for the public to process.

The OLG has given Hamilton until the end of February to officially vote for or against the casino proposal.