Good News for NBA Fans, Get Ready for Virtual Reality 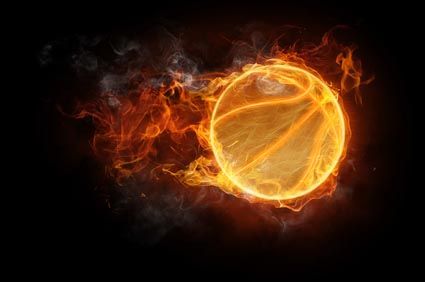 Basketball fans that never got court-side tickets should be ready for another great experience which is NBA in virtual reality. For many fans, it remains a dream that they ever manage to get the court-side tickets. With the help of technology, the NBA is planning to make this dream come into a reality. NBA and Digital Domain joined hands for this project. Digital Domain prepared the VP headsets, and the NBA’s first content is also ready. The app for the NBA virtual reality also features a new talk show named House of Legends which gives detail about the players of the NBA and what they say about topics on pop culture. It is just the beginning; there is a lot more to come in the virtual reality arena. The NBA is planning lots of things related to it.

It was 2016 when the NBA made its debut with a virtual reality documentary film called Follow my Lead: The Story of the 2016 NBA Finals. The film was produced by Oculus, and it was a short one. For 2017, NBA decided that it is going to take the task of creating the content by itself. The NBA wants to show its viewers the best they could ever see.

In 2015, the NBA experimented with three-sixty-degree video game streaming. It was a success, and now the NBA is live-streaming the game to Great VR on a weekly basis. With the help of NextVR’s application, the NBA is also live-streaming the same game to Google Daydream. It requires only seven dollars to watch the game which won’t be on one’s television screen rather it will be on the virtual reality device. The price is not much, and the experience is great.

The Vice President of the NBA’s global media distribution, Jeff Marsilio, was talking to Engadget. He said that the virtual reality experience was tested earlier, and it was a huge success. Whether the fans were inside the United States or outside the country, it was equally popular among the fans. The fans living outside the US cannot afford to buy the game every week. According to him, the virtual reality lets one experience the taste of reality. It makes the people feel very close to the real action of the game. He further said that currently there is no other thing that would allow fans to have an experience like this one. However, he said that he is not sure whether it would be a successful thing for NBA in the long run.

There are many fans of NBA in the world. For all of them, this new thing is something which would let them enjoy the real action. Fans never thought that there would be something which could bring them so close to the game. It is a highly personal experience that no one ever had before. The credit goes to the technology of virtual reality which has enabled the NBA to introduce this amazing new experience for their fans living around the world.