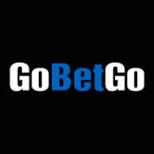 Last week, GoBetGo Sportsbook online betting site closed down without giving its site members assurance of settling any unpaid winnings and/or remaining account balances. Rather than do so, the GoBetGo Management merely posted a notification that the dotcom site has closed because their business strategy of offering the best odds at low margins was not successful; adding that the wave of heavy withdrawals experienced last November and December 2014 had left the sports betting website insolvent.

However, prior to those months, complaints against the Curacao-licensed sports betting site had been mounting at SportsBookReview.com (SBR) and in other online sports betting forums. Grievances included situations in which players are unable to withdraw for failing to pass verification procedures, often leading to account suspension pending further investigation.

After which, investigations usually resulted to alleged “fraudulent or abusive activity” regarding the use of the site. Other players complained about their winnings being forfeited and their accounts unceremoniously closed due to allegations of fraud. Reasons for account closure included one about a female player whose account was affected by her ongoing relationship with another GoBetGo punter, which the GoBetGo team came to know via Facebook.

After confirming the GoBetGo closure, SBR reported that within 48 hours more complaints kept coming in, mostly for similar reasons, and involving amounts ranging from €300 ($350) to €125,000. Complainants include those who put forward withdrawal requests in December 2014.

Sommerville Management Co. Ltd., a company founded and registered in the British Virgin Islands, owns the GoBetGo website. The company’s online sports betting operation is licensed by the government of Curacao, through the Curacao Gaming Commission and under License No. 1668/JAZ. The Terms and Conditions (T&C) of the website specifically states that competent courts in Curacao have exclusive jurisdiction regarding any matter of dispute arising from the use of the website; although Sommerville reserves the right to bring to any jurisdiction, any grievance they may have against a site user.

As a matter of procedure, registered GoBetGo players had agreed under the T&C “Terms of Use” that any issues players may have against the website and its operation as an online sports betting facility, should be governed and interpreted according to Curacao Laws, and to be filed in a Curacao Court. Furthermore, the T&C clarified that Curacao is under the sovereign rule of the Netherlands Kingdom and in the event that an appeal pertaining to a Curacao Court judgment is sought, it has to be brought to the Hague High Court in Netherlands. All of which denotes that GoBetGo members seeking legal remedies have to file their grievances in Curacao and if necessary, to the Netherlands High Court.

Established in 2013, Sommerville Management Co. Ltd merely furnished as address a P.O.Box Number (No. 4389) located in Quastisky Building, Tortola, British Virgin Islands. Based on a cached copy of Curacao eGaming Seal Verification license validation, the Operating Status of Sommerville Management Co. Ltd as of January 13, 2015 is marked as “Invalid.” This is considering the fact that the other online betting and gaming facilities owned by Sommerville, namely Ball2WinSports, Ball2Win Live Dealer Casino, Bit455, and OdinBet are still up and running.

21DUKES.com Blacklisting a Casino
William Hill client places a massive £150,000 on the presidential election
All Bets Are On For US Election
Predictions of Miami Heat’s 2011 Championship Confirmed