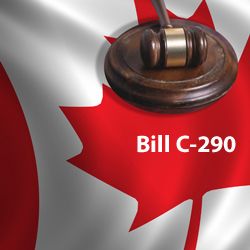 The Canadian Senate begins debate today on Bill C-290, which would amend Canada’s sportsbetting laws legally allowing gamers to bet on single games.  Currently the law mandates that gamers bet on a minimum of three games, which supporters of the bill say is outdated with today’s technology because Canadians can place single game bets through offshore sportsbetting sites.  Naturally casinos have been very vocal in their support for the bill, and Caesars Windsor says the bill’s passing would grant them a competitive advantage over nearby Detroit casinos.  The Canadian Gaming Association (CGA) hopes single game bets would not only improve business at the casino, but also give a boost to the Windsor economy.

CGA Vice President Paul Burns says single game sportsbetting is the most popular form of sportsbetting in Canada.  He argues that nearly $4 billion is bet through online gambling sites outside of Canada, and another $10 billion through illegal bookmaking operations.  Several supporters of the bill have stated Canada needs to bring this lost money back into the Canadian economy.

Burns also makes the case that approving single game sportsbetting would improve business at Caesars Windsor, which for years has been losing its competitive advantage due to “changes in smoking laws, parity in the dollar and a thickening of the border”, resulting in business lost to rival casinos in Detroit.  Single game sports bets are not legally allowed in the state of Michigan, and amending the law in Canada would bring tourists back across the border.

Canada’s House of Commons has unanimously approved the sportsbetting bill, but it has faced several roadblocks in the Senate.  Several high profile senators have made clear their intentions to reject the bill despite the unanimous passing in the lower house.  Heavy opposition from North America’s major sports leagues appears to have divided Canada’s upper house, and Burns says arguments that league integrity would be threatened by single game bets are flawed.  He cited positive experiences of regulated sportsbetting in countries overseas, which have helped maintain the integrity of sports.

“What we’ve said to them is ‘why wouldn’t you want a regulated environment with gaming regulators and operators and helping you protect the integrity of your sport?’”

Despite the divisive stance in the Senate, Burns remains optimistic that the bill will pass “sometime before Christmas”.

Scientific Games Targets the Accelerated Digital Growth with 635 Million Dollars Acquisition of NYX ...
OLG Names Two New Members To Board Of Directors From Ottawa
New Scarface Online Slots
Patents are at the Center of a New Fantasy Sports Lawsuit