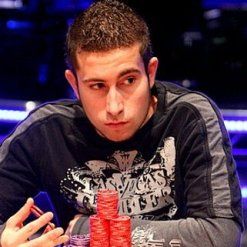 The Full Tilt Poker sponsored Montreal tournament is underway at the Playground Poker Club.  The customary entry days are in many ways a trial run where players can buy back into the game for a second chance at advancing to the next round.

By the time Day 2 begins on Monday, as many as 500 players are expected to go all in for a shot at the guaranteed $1 million grand prize at the final table.  But to qualify for the final table, players must make good use of their starting 30,000 chip stack to maneuvre through the competition.

The Montreal event is one of Canada’s signature poker matches, and brings together some of the top players from around the world.  Full Tilt Poker ambassadors Dermot Blain and Danielle Anderson are playing their own hands at the tournament along with more seasoned players like Antonio Esfandiari and Gavin Smith.

But Canadian poker fans are most excited to see the prodigal son Jonathan Duhamel back in Montreal where his career began.  The 2010 WSOP champion is now a representative of Team PokerStars alongside fellow Canadian poker ambassador Daniel Negreanu.

Duhamel is quickly becoming one of the most popular and effective professional players in the game.  Since winning the 2010 WSOP main event, the Canadian accumulated over $3 million in winnings at various tournaments throughout the world.  Due to his busy schedule, he rarely takes time to enter $1,000 buy-in tournaments, but was determined to come home for the Montreal tournament.

Duhamel will likely enter Day 2 of the tournament with 20,000 extra chips, which offers some room to take risks on certain hands.  He told media covering the opening days that the atmosphere is great, and that he hopes to be part of the final table.

“I have a pretty good table, I’m having fun, and I have a Leafs fan at my table so I can make fun of him a little bit.”