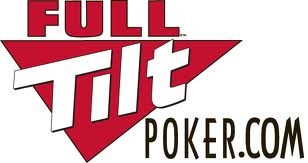 The final chapter of the Black Friday poker scandal is finally coming to an end.  Garden City Group, the settlement administrator tasked with repaying account funds to US Full Tilt Poker players, officially began the repayment process this week.

GCG informed players on September 16 that the repayment process will at last begin.  The administrator used data from the former Full Tilt Poker domain to email eligible players access codes to the repayment site, and details about how the process will unfold.

Players officially began submitting their repayment claims on September 18 at www.fulltiltpokerclaims.com, a domain was established by GCG.  Many players were pleased to see that promotions offered by Full Tilt Poker before the site was shut down were honoured, and subsequently added to the total account funds that they were owed.

It was over two years ago when the US Department of Justice seized the Full Tilt Poker domain on the day that became immortalized in the poker world as Black Friday.  The online poker funds were frozen by the DOJ, while the site was shut down for approximately 19 months before it was relaunched as a sister site to former competitor PokerStars.

Unlike players in Canada and around the world who were almost immediately refunded the money in their Full Tilt Poker accounts, US accounts remained under the DOJ lock and key.  Due to the US Unlawful Internet Betting Act, the repayment process was obstructed by the complexity of the laws.  As a result, US players were forced to wait for the bureaucratic process to unfold.

According to a statement on GCG’s website, all players must file a petition for reimbursement by November 16 or they will lose their outstanding balances.