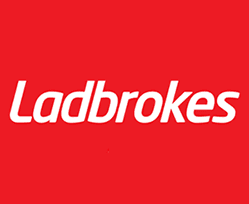 he Cheltenham horse racing festival. This makes is the worst in history and had left the betting company still struggling to come in terms with their great loss.

Cheltenham festival is an event which brings best British and Irish horses which are well trained to race. The price money on it is just second to the Grand National. During the race, nine favorites as well as a joint favorite horse won as much as 28 races in four consecutive days. This development made it a tragic moment for bookmakers since many betted on these horses. One of the winners, a former Barclays banker Rich Ricci who now own race horses also clocked £400,000 during the festival as three of his horses made it.

Last month, William Hill had to issue profit warnings due to the great lose to Bookmaker. Despite this, 10.6% rise was realized in group net revenues during the first quarter according to the CEO of Ladbrokes, Jim Mullen. He was optimistic that the company will be able to meet its target. He said though they have been hit by happenings in Cheltenham, sporting events were ruling in their favor until that and believed things will be normal. According to him, the festival came with many rivalry and led to industry players disregarding the principles with governed the game. Some money back was experienced as well as other bookmarkers offering each race with a best price. This according to Mullen was not a best practice.

In a related issue, Ladbrokes is set to lose about £3 million when Leicester City are crowned champions of the Premier league. Subsequent performance will also depend on the UEFA Champions league winner in June which has place France, Germany and Spin as favorites.

In UK the company had a 4.1% net retail revenue as compared to 6.5% in Europe between January and March. As online gambling was well patronized, the company’s digital revenue was 36.5%. Last year, Ladbrokes in its quest to refurbish its betting shops, merger with coral and revamping of digital business made the lose about £43 million. As the company refurbish about 70 of its shops the CEO of the group said it was still on track in making a turnover. He emphasized that though it was early days yet, there were sign of recovery.

The current trading of Ladbrokes is very encouraging according to the Head of Equity Research at Lansdown, Steve Clayton. But he was skeptical about the merger of Ladbrokes with coral, saying that would be a good omen for the group if allowed as they await the Competition and Market Authority findings and subsequent approval. He said if the merger came to fruition as expected, it will place Ladbrokes and coral at a leading retail position even if they lose some of their shops. The merger will prevent unnecessary wastage of finances which occurs due to people playing the same function. When this is achieved it will bring about savings.