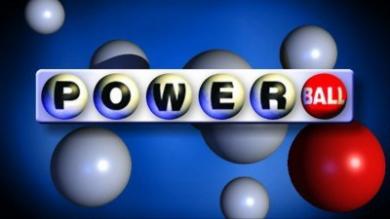 Gloria Mackenzie, an 84 year old woman who lives around Tampa, Florida, has been on Cloud 9 ever since the Powerball lottery drawing on May 18.  Mackenzie won a life-changing $370.9 million lump sum of the Powerball jackpot, and chose to take the lump sum upfront.  However, the family waited two weeks before claiming the grand prize.

According to Florida Lottery officials, Mackenzie was waiting to ensure she and her family could “handle the types of responsibility that come with that kind of a jackpot win.” Lottery Secretary Cynthia O’Connell, one of the officials at the Florida Lottery’s headquarters in Tallahassee, noted that Mackenzie arrived with her son, along with a team of “legal and financial advisers,” when she claimed her prize.

According to O’Connell, one of the reasons the family stayed quiet for two weeks was to protect their privacy.  The family is very grateful for their good fortune, and reportedly thanked the Florida Lottery officials in Tallahassee, including O’Connell.  However, Mackenzie and her family prefer to remain out of the public eye as much as possible.
The winning ticket was sold at a supermarket in Zephyrhills, a town located north of the Tampa region.  Remarkably, Mackenzie would never have won the ticket without the kindness of a stranger.  She explained her good fortune to O’Connell when she cashed in the ticket, and thanked the good samaritan for giving up their space in line.

“While in line at Publix, another lottery player was kind enough to let me go ahead of them in line to purchase the winning quick-pick ticket.”

Mackenzie gave no indication how she would enjoy her winnings, but with her son on hand to claim the prize, she will likely share the jackpot with her family.